‘How can social media affect body image?’ is a very broad question and one that does not have a definitive answer. However, there are many thoughts that suggests how the use of social media is affecting its younger users.

In this guidance, we look at this and how you can support a young person in your care, who may be affected by this issue. Before we delve into this subject, it’s important to first establish a couple of things; 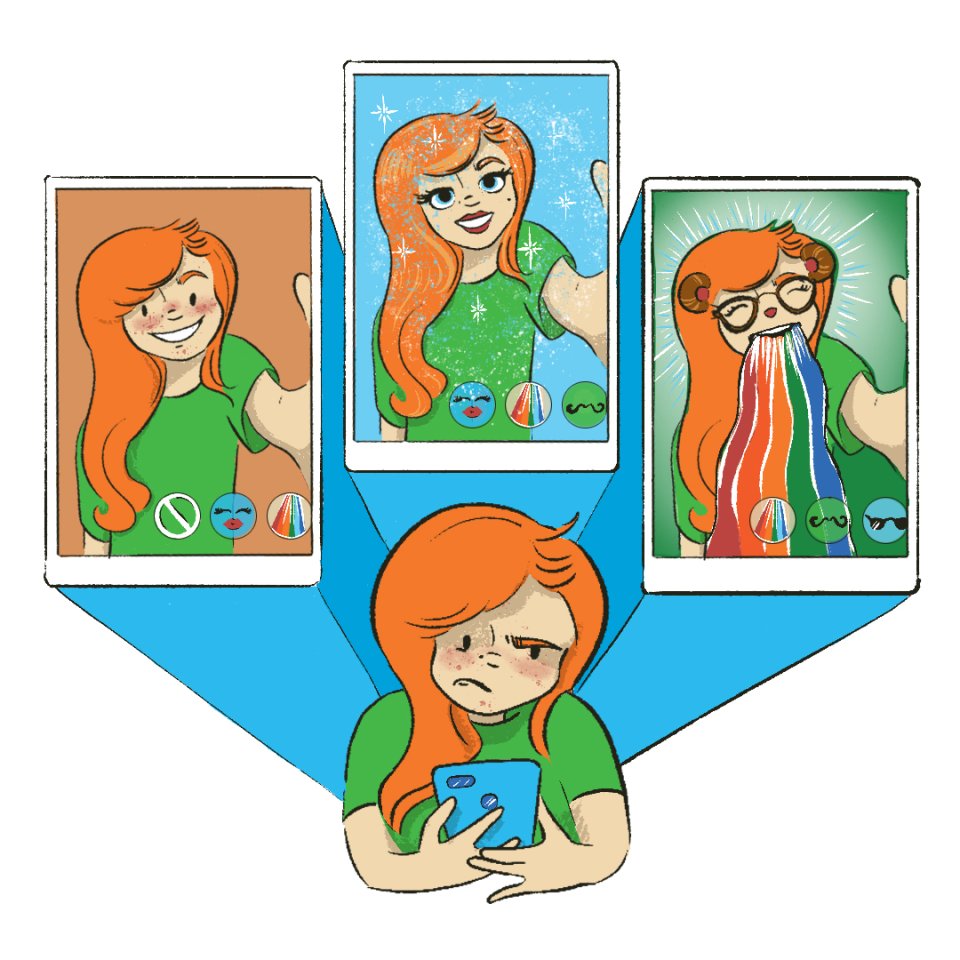 How Social Media Can Contribute to Negative Body Image

In 2019, as part of Mental Health Awareness Week, the Mental Health Foundation released their body image report, which highlighted new data around body image concerns, across the UK. Within this, they explored how comfortable children and young people were with the way they looked.

They explored that one common influence on body image was young people being exposed to ‘unrealistic body types’, whether that’s through film, advertising, or social media. They indicate that; ‘One study, which followed 14 and 15-year-olds over three years, found that internalisation of these ‘ideal’ body shapes as presented in the media predicted negative emotions about appearance.’

Using more social media has also been linked to ‘children and young people feeling less satisfied with their bodies’. The Mental Health Foundations survey found that 40% of young people ‘said that images on social media have caused them to worry in relation to their body image.’

This provides a snapshot into the way that social media can conjure up negative body image, however it does ask the question as to why young people are affected in this way. The Mental Health Foundation provide one possible reason as to why these negative feelings are being formed, explaining that young social media users could compare their appearance to other users – a factor that we explored within our ‘#Influencer – Exploring how Influencer Culture can Impact a Young Person’s Wellbeing’ piece.

The BBC also expand on this reason, as part of their exploration into social media and body image by stating that ‘research suggests that who we compare ourselves to is key’ This point is then emphasised by Jasmine Fardouly, a postdoctoral researcher at Macquarie University in Sydney, Australia:

People are comparing their appearance to people in Instagram images, or whatever platform they're on, and they often judge themselves to be worse off

According to the BBC, young women reported that they tend to compare their own appearance negatively with their peer group and with celebrities on social platforms, but not with family members.

Positive Social Media Platforms and How They Can Support Young People 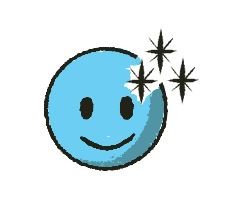 Positive and supportive social media accounts can present healthier ideas around body image to young people as they can emphasise the importance of not comparing appearances and lifestyles.

Young people can follow mental health accounts on social media that provide support and tips around how younger age groups can improve their relationship with social media, in turn improving how they see personal aspects such as appearance. Organisations on social media such as Mind, Young Minds and CALM will highlight support and advice to their followers, some of which will relate and connect to body image. There are also organisations such as WHOLE, who are more suitable for older teenagers and young adults. WHOLE for example run the #IAMWHOLE campaign across social media which provides guidance on mental health and ways in which social media can be used to impact users in a more positive way.

As well as accounts from organisations, there are also many ‘body positive’ influencers that use their platform to highlight appearances that are more appropriate for young people to meet. The ‘Be Real Campaign’, which aims to change attitudes towards body image, highlighted many of these body positive influencers after their ‘Curate Escape’ research highlighted the following: 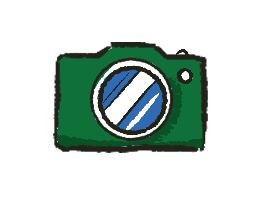 looking at social media positively affected how confident they felt about the way they look. When asked what could be done to change this, more than two fifths of young people (43%) said that people should unfollow accounts that promote negative messages about the way people look, and more than half of young people (53%) said that celebrities and influencers sharing more realistic images of themselves, could also change this.’’

Their curated list of body positive influencers emphasises how young people can use these profiles to create a more positive effect on body image and mental health.

What Can Be Done to Support Young People?

We’ve touched on some guidance throughout this piece, but here are some further points that you can use to support and advise young people, so social media doesn’t have a detrimental impact on their body image. (Click on icons for more information)

Make sure young people are following positive communities and profiles that have a healthier and supportive approach to body image. ‘The complicated truth about social media and body image’ from the BBC highlighted that when young women viewed body positive images (compared to thin women in bikinis or fitness gear), it boosted their body satisfaction. You can ensure that the young people in your care are viewing positive content, which can also improve self-worth and body satisfaction.

Comparison is a notable contributing factor to the issue of social media and body image. Young people may only compare themselves to what they see as the ‘ideal’ body type, if they continuously focus on images that promote this. You can help young age groups to switch this focus by having conversations with them that will allow them to focus on more positive aspects in their life. It can be hard for young age groups to stop comparing themselves to other people, altogether, however teachers, parents and carers can again signpost young people to more positive content that will allow them to develop more critical and positive thinking.

We have recently explored new features from Instagram that will allow parents and carers to have more of an oversight on a young person’s screen time and social media use; which can support.

Unfortunately negative body image can develop into something much more serious, and many young people can be affected by mental health issues because of this. If a young person in your care has been impacted in such a way by negative body image then you can guide them through supportive avenues and organisations. We’ve highlighted some of these organisations, but Mind have put together an extensive list for further support.

How can Teachers Support Education and Learning Around Body Image?

ProjectEVOLVE provide a range of curriculum and resources around the theme of body image, self-image, health & wellbeing and identity. Each piece of curriculum will allow teachers to increase their students’ knowledge around how they represent themselves online, how they can recognise manipulated images and how they can identify online content that is promoting unhealthy coping strategies such as eating disorders; alongside much more. 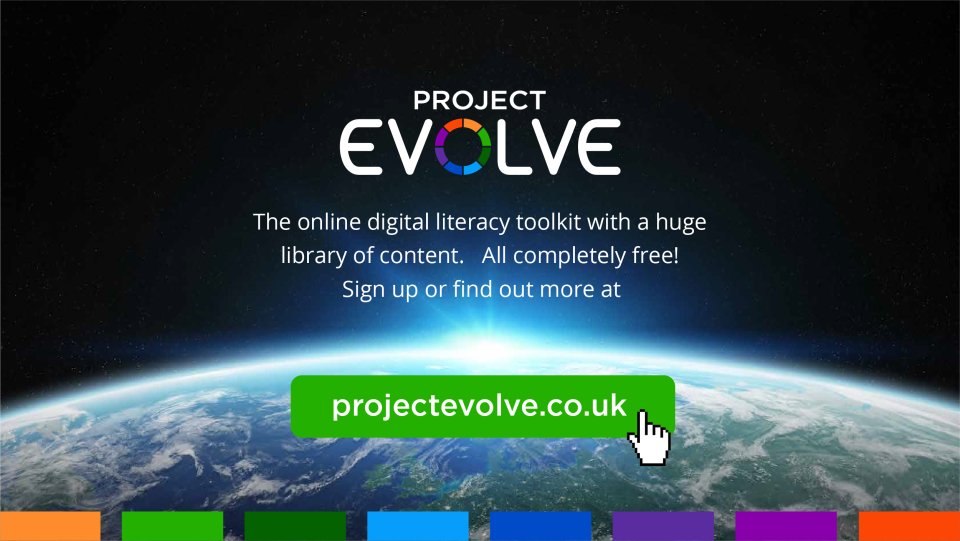 As we said, the relationship between body image and social media is vastly complicated and can stem from many different reasons; however the guidance above can be used by teachers, professionals, parents and carers to help younger people as they continue to navigate through various social media channels.

For more guidance, advice and support remember to visit our exclusive Online Safety and Social Media hub! Alternatively you can stay up to date with any of our guidance by signing up to our newsletter.