Is the Gaming Industry Doing Enough for its Female Players?

Once an industry or hobby perceived as totally male dominated, the growth of females playing video games has phenomenally increased. In the United Kingdom 50% of players identify as female, with further statistics from Statista showing that there has been a 20% increase in the number of female players between 2018 and 2020/21. And yet, when you go to do research for an article on female gaming, the majority of articles, news reports and material is focussed on the mass harassment, misogyny, sexism, and other abuse that they face.

It opens up the question around how a demographic which makes up half of an industry’s user base still be subjected to an onslaught of online hate? With more and more female gamers wanting to pick up a controller it begs the question, is the gaming industry doing enough for its female players?

The world of online gaming

Staggeringly, a vast amount of global gamers have said that they hide their gender while playing online in order to avoid harassment. A study from Reach3 Insights and Lenovo revealed that 59% of women who play online, mask their gender to protect themselves. In 2021, E-sports giant Evil Geniuses found that nearly half of women within gaming have experienced gender based discrimination, three times more than men.

As part of our extended work around gaming, we spoke with a student from Exeter College. The Esport Production and Management Student admitted that the world of online gaming can be challenging, there should not be anything to stop you doing what you enjoy.

Some women are put off of gaming due to the negative atmosphere that can come from it. Unfortunately, that issue is hard to fix and usually comes down to individuals and their personal choices. However, negative comments are often petty and can be ignored; if they are becoming slightly more serious, there’s always a way to block, avoid, and report the person who is saying it (reporting them is the most important part of that). For those who would like to get involved in professional and competitive gaming, I say go for it. Don’t let anyone stop you

Unfortunately one of her peers also described the negatives faced by young female gamers, by explaining that she lowers her voice when she speaks to male gamers online. However, she goes on to say that over half of her ESports team are female and that gaming is now a space for everyone to enjoy; the stereotypes faced by female gamers in the industry are no longer welcome, a sentiment echoed by her lecturer.

And when you look at the data, not a lot is stopping women from playing. As evidenced earlier, more and more female players are signing in to play in the United Kingdom, and indeed, around the world.

One of the most popular ways for people to get into gaming is by watching it on their device. The astronomic rise in E-sports and professional streamers sharing their gaming experiences to thousands, if not millions of viewers has led many to becoming ‘gaming influencers’.

A report by YouGov titled Game-Changers, found that Britain can boast one of the highest proportions of female followers of streamers, YouTubers, and the aforementioned gaming influences, in the world! Female viewers make up 36% of gaming influencer followers, 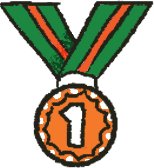 while the world average is 31%. Only Singapore (37%), the epicentre of gaming and in particular female gamers, and France (38%) managed to score higher percentages.

From what the data is showing us, there appears to be a need for content from female gamers. So much so that there are new courses being developed each year, like the one at Exeter College. Students can study, learn, and form careers of their own around online gaming. Gaming is so mainstream, it is an integral part of modern life.

Gamers were once confined to dusty games in the basement, or teenagers turning over every corner of their sofa for coins for the arcade, now, whether it be on your mobile or through a dedicated device, every one of us with the right resources can access millions of games. And yet, for something so culturally significant, there is still a lot of work to do to create a safe place for women.

What can you do if you experience abuse?

There is no way of masking online abuse. Gaming is a social, interactive space and sometimes people can turn frustrations on others. The abuse is difficult, and should not be accepted. Most importantly it should not stop any girls or young women from picking up a controller or keyboard and diving into a gaming world, filled with possibilities! But it happens. That is the reality, and until more is done to prevent it, you can only do the right things to be safe and help to make this world safer for others. Here we have a few tips, similar to the ones mentioned from the Exeter College student, if you experience abuse playing video games.

Walk away from the game or exit the level that you are experiencing abuse from. It’s simple but effective and one that Exeter College students have learnt to implement, especially when they are in a verbal chat room with other gamers.

Many reporting avenues are easy to access on your game or device. Our range of informative ‘Privacy & Security’ resources can help you to ensure that you know how to report others

This can be difficult, but teachers, parents and friends are all there for you to talk to, about these difficult matters. Alternatively, if you have experienced abuse from a gamer who was invited to play by your group of friends, then it’s a good idea to explain the situation to them, so they can stop and talk to the gamer in question.

Fortunately, for female gamers, we are seeing more support from the tech industry, grassroots organizations and governments as the gaming sector searches for more opportunities to empower females and create a fair and safe digital environment. Organizations such as Women in Games, initiatives like the ITU Girls in ICT Day, and research like UNICEF’s Gender and Innovation are helping to close the gap and create safe spaces for female gamers, coders, and innovators.

Gaming has come a long way, but the industry still has a lot of work to do if it is to be a truly safe and welcoming space for all. With such a high proportion of its players being female, more work must be done to understand how it can be more inclusive and supportive of all. Until that time comes, if you are into gaming and want to learn more about how to stay safe online, visit our gaming pages or check out some of our other resources.