Why Do We Play Video Games? 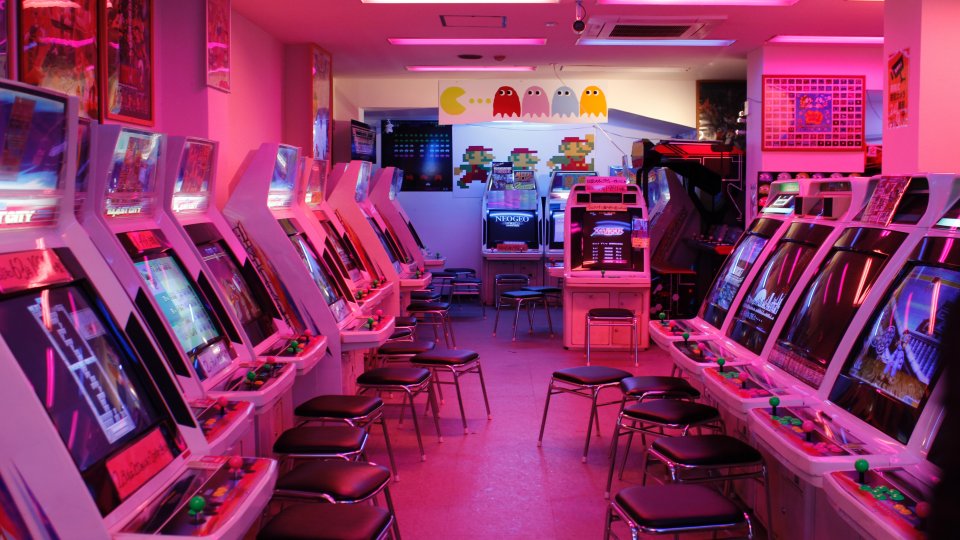 Having been a gamer for over 25 years, I’ve been able to witness first hand at how some of us respond to the notion of ‘playing games’. For many years I’ve heard the classic statements ‘What a waste of time’, ‘It costs so much money’ and my personal favourite ‘Gaming is for children.’

For some of us, playing computer games can be considered something which we may feel embarrassed by or feel we can’t discuss properly. Unfortunately, some of us just don’t understand the appeal. But have we ever asked why or even tried explaining our love for the art beyond the simple fact that it’s fun? Isn’t there more to it than that?

Why we play games?

The short answer to this, is ‘challenge’. Have you ever watched a film or listened to a piece of music? Of course you have, who hasn’t! Our enjoyment from these comes from the stories, the music, the lyrics, the characters, the twists and the turns along with how we respond to them on an emotional level. A big reason why watching a film or listening to a song is so common for us; is because it’s easy! Push a button, plug in your headphones and you’re away.

Imagine if you were watching a film and it suddenly stopped. You as the viewer are then tasked with manipulating the world, pushing characters along, resolving conflicts, making the important decisions and ultimately progressing the story to a conclusion. Sound fun? Well, that’s ultimately what a game is. We are in charge of the story.

Challenge varies throughout the medium but the general structure of a game revolves around overcoming challenge to progress the story or your own achievement within. Can’t get past a certain section? Tough, the rest of the game is blocked off until you figure it out. Will it ignite a sense of determination to succeed or will you give up and admit defeat? There’s so much we can learn about ourselves in how we tackle challenge, especially when facing failure –not just in the world of gaming. Weirdly for me, it was gaming that made me realise that sometimes failure is needed in order to succeed.

When children leave school, success can only come from what they want out of life. Are they prepared to face the hardships, the failures, the moments that don’t quite work out? Gaming certainly doesn’t solve all these problems but it introduces some of the concepts in a manner that’s approachable from a young age.

Is gaming a waste of time?

As before, a sense of achievement is given to the player that no other media can offer. There’s no sense of accomplishment or feeling of satisfaction as gaming can bring. Just because you’re on a screen does not mean you aren’t being productive or working to develop yourself.

The skills needed to tackle many video games are reminiscent of day to day necessities such as hand eye coordination, problem solving and quick reflexes. Not only that, but the sheer level of creativeness you can experience in one sitting is worthy of painting your own picture or writing your own short story – not many people would call those things a waste of time.

In the modern world, almost everything is electronic. Whether we find these things easy to use or not, the average gamer becomes somewhat conditioned into how to operate and problem solve modern technology. Much like a level, there are routes and processes that we are accustomed to navigate through. Can’t figure out how to access parental controls? The gamer in the house will probably know the most likely solution.

Is gaming only for children?

While it is true that a lot of computer games are primarily aimed at children, there is just as much content available for adults. Some of us may see the colourful graphics and over-the-top characters of a computer game and relate it to a children’s cartoon. As we are more accustomed to playing games as children, even dating as far back to our first board game tantrum, the notion of ‘playing a game’ can often make us think of a youthful activity. Aspects such as these can write off potential interest way too early.

In more recent years, games have tackled more mature themes that can resonate a lot more with adults as opposed to young people. This in itself has brought gaming to a much wider audience. Violence is often a hot topic for discussion when referring to maturity ratings yet developers have strived to address much deeper issues. If you look properly, you’ll find games that tackle hard hitting topics such as mental illness, loss, grief whilst at the same time juxtaposing with themes of discovery, adventure and happiness. Some of them may not be plastered on every billboard in the world, but they’re definitely out there!

Why do games cost so much money?

This can be a difficult point to argue but I’ll try my best. Depending on how and when you decide to buy, yes, games can be expensive. A launch day title could be over £50 and don’t even get me started on the collector’s editions. But if you take into account the value of what a game can offer, you may start to see where the cost comes in.

Depending on how you choose to play, a single computer game can offer hundreds of hours of entertainment. Some titles encourage multiple play throughs that offer different endings and outcomes for your characters. If you wanted it to, a game could be a source of fresh content for many years to come – it’s very much down to you.

A gamer will look at a title and decide how he wants his experience to play out. This can include higher difficulty settings, a quicker play time, a ‘completionist’ run; there’s so many different angles to take. As well as this, many games such as RPGs allow us to forge our own stories, vastly different from others to ensure no play through is quite the same. If we all watch a film, everyone will encounter the same content; the only difference will be in our varying opinions towards it. Games on the other hand allow us to have a personal experience that puts us in the driving seat from the moment we hit start.

Please make sure you are aware of the various age restrictions associated with various video game titles and ensure the content is appropriate for yourself and others to view.