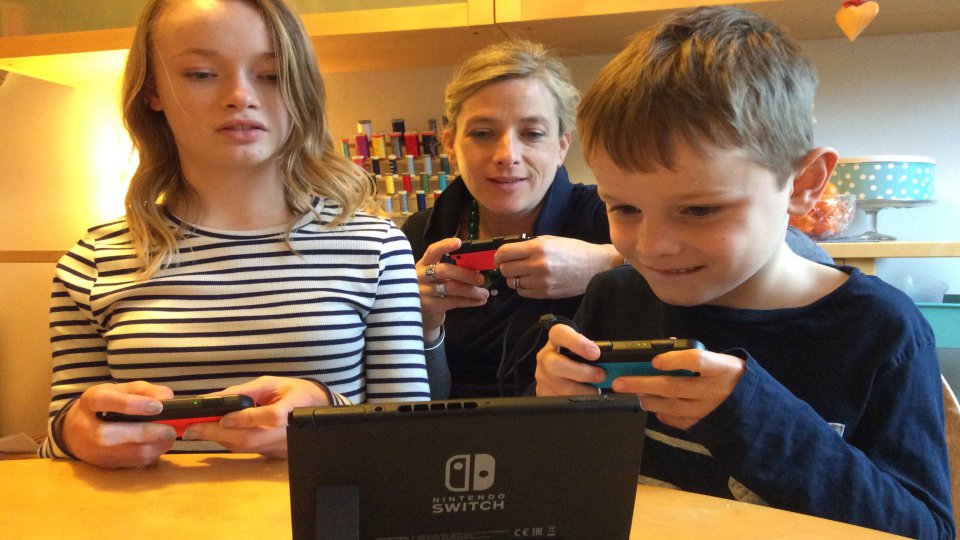 AT
By Andy Robertson, Journalist and Father of three
3-4 min read

Limiting screen time can create some breathing space for parents of children that play a lot of video-games, but the real route to healthy habits is to create a varied screen diet. After all, we don’t worry about plate-time, but what’s on our children’s plates at mealtimes.

In this article I take a look at some games that can offer young people greater variety in what they play, learn and enjoy when using screens.

If you find this article helpful, my book, Taming Gaming, offers simple “family gaming recipes” to help you find simple ways to play games you will be keen for your children to play. Along with general tips like keeping games consoles in shared spaces, checking the PEGI ratings and talking to your children about the games they play, this is an important way to keep gaming safe and healthy.

This is an example of an older game that is still a huge amount of fun for families. Also, because it’s on Nintendo’s previous console it’s a lot cheaper to access.

Nintendo Land offers a range of multiplayer games ranging from a game of tag to a laser-quest style shooting game. Each game using the Wii U’s unique controller screen to create really quite magical moments.

For instance, in Mario Chase, one player has to hide and can use the map on the Gamepad controller screen to sneak away from their opponents. The other four players use the TV and must communicate with each other to track them down before the time runs out. It’s a huge amount of fun for younger players.

Roblox is an unusual game because it lets amateur game-makers create and share games with its huge community of players.

It’s online so the games created are designed for multiple players. They often mimic other games, or grown up activities. For instance, one game puts players in charge of their own Pizza shop. They must team up and assign roles to make, deliver and take orders for pizzas.

Some caution is required as this is a game played online. But by selected Restricted Mode on the Roblox website you can limit the experience so it’s very safe for young players.

One Hour One Life (PC/Mac)

This is an unusual game made by one developer, Jason Rohrer. In the game players can only last one hour. In that time they go from being a baby to full grown adult and finally an old age pensioner.

The game is an open world civilization challenge. Players must work together to create farms, clothing and shelter. However, because each player only lasts one hour they have to collaborate for the good of the wider community.

One fascinating aspect is that when you start as a baby you are born to another player who must look after you if you are to survive. The level of cooperation and communication between players is more mature than other games where it’s “every man for himself”.

It’s not yet PEGI rated but I would suggest players of 10 and up would enjoy it. For more information on the game, and how to play safely check out this video guide to One Hour, One Life.

This is an unusual and engaging game in many ways. It’s about the journey of a Syrian migrant to Europe. It’s played in the form of a virtual companion that pops up on your phone like a text message and is played in real time.

In the game you play the husband of Nour, who is travelling from Syria to Europe. How you respond to her text messages will affect her journey. 1000’s of different routes are possible with about 20 different outcomes.

It’s a game that can engage families with this topic in an unusual way. Because of this it’s suitable for older children, although the textual nature of interactions means that there’s no blood of depictions of violence. It’s worth noting that not all final destinations for Nour are positive or safe.