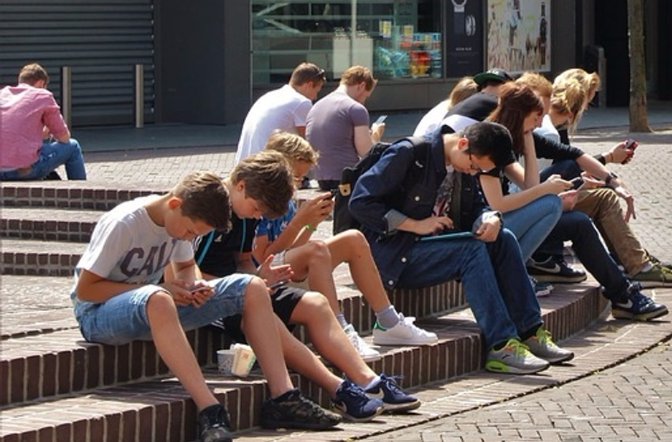 The views expressed in this article are those of the author and do not necessarily reflect the views of any organisation.

The inquiry used an online survey and secured a total of 1,089 responses from 11 – 25 year olds. Of these, 62% of respondents were under 18 years of age, 75% were female and 68% of the sample had experienced cyberbullying in the last year. We should note that the sample was drawn from charities who work closely with young people experiencing emotional and mental health problems, which could skew some of the data collected.

In addition, three evidence sessions were held in September 2017 to hear from experts in the field of young people, child mental health and online safety. The inquiry also received written evidence from 18 stakeholder organisations and 4 global social media companies.

The summary report outlines a number of key findings and also some recommendations for future action. The themes outlined in the key findings, whilst interesting, do not present a great deal of new evidence. However, the report does help to substantiate anecdotal claims I often hear when visiting schools. For example:

The report goes on to make a number of recommendations. It is at this point that I find myself less enthused.

I would like to provide a small example to demonstrate why asking Social Media companies to focus effort on reducing inappropriate access, rights and responsibilities online and greater control are a relatively ineffectual response.

I recently led a session in a Secondary school, a session for 200 year 8 pupils. The focus of our session was the impact of the online world on their view of themselves and their empathy for others. Our whole focus was about using the internet for good and being more respectful of others online. The irony of this will become clear shortly.

To help interaction, and knowing all pupils had access to iPads, I provided an online audience participation tool as part of the session. It is a widely respected platform that I have seen used extremely effectively with an adult audience.

Before introducing the system, I presented some ground rules, such as respecting others and listening with an open mind - the usual workshop mantra. I also reminded participants that all teachers had access to the online system, as did the facilitators. Whatever was shared on the system was completely accessible to anyone signed in and would also be displayed on a large screen in the main hall.

Well, suffice to say, what followed was… (trying so hard to frame it positively) … a valuable learning experience. Despite the warnings, the highly visible scrutiny and the degree of control we had over the environment, in less than 20 minutes the tool was being used for teasing, daring each other to push boundaries and ganging up on individuals.

Further warnings and guidance were given throughout the morning, but by the time we reached 90 minutes, we had no option but to deactivate the system. The level of content had reached such a disturbing level we felt we had no other option.

We are so busy focussing on the symptoms that we are ignoring the cause.

Given the topic of conversation, the level of control we had, and the visibility of teaching staff with iPads, it was quite apparent nothing was going to stop these young people from contributing. Unfortunately, the contributions had nothing to do with the topic and everything to do with the lowest form of online behaviours we fear.

To me, this clearly demonstrates why our focus on technological solutions and Social Media companies misses the elephant in the room. We are so busy focussing on the symptoms that we are ignoring the cause.

On the whole I found the Inquiry report both informative and interesting. However, I question the impact the recommendations will have.

We have been using prohibitive language relating to online safety for over a decade and it sometimes feels like very little has changed in terms of online behaviour. The young people know the key messages, but they often choose to ignore them.

Based upon my experience in schools, I believe the solution is not technological, nor legislative, but social. Both technology and legislation have a role to play, but the issue is inherently about the values and beliefs of the person holding the device.

The attitudes and behaviours we witnessed during our session represent a much wider societal issue. We are witnessing an erosion of empathy and a glitch in our collective moral compass. We live in a society where it appears to be totally acceptable to disrespect the system and the people living within it. This is now apparent in so many walks of life, and is not solely the domain of young people. One only needs to read the mainstream media to find numerous examples in the adult population.

The issue is inherently about the values and beliefs of the person holding the device.

Social Media may have had a role in the deterioration of standards - it certainly offers a platform to exercise our beliefs and an echo chamber to amplify negativity - but it is not the only contributor. Far from it. This is a systemic issue and responsibility lies across many boundaries, including social media companies, government, school, family and the wider community.

When I was in a school a few weeks ago, a year 9 girl said to me:

She may have only been 14 but how perceptive. Maybe we should engage young people more often than we do in this area.

I believe this issue is complex. It’s about the way young people develop socially and how we support them to become more emotionally intelligent. It is inextricably linked to the wider mental health agenda and should not be seen in isolation. Psychology tells us that all behaviour is the communication of an unmet need. So, what is it that these young people need?

There is no one answer to this conundrum. I generally support the sentiment of the recommendations in the report. I am just concerned that industry is being asked to find the solutions when I believe a more systemic approach is required. The prohibitive, restrictive approach applied to online safety over the past decade has had little impact on behaviours. Maybe it is time to think differently. As Einstein once said:

The example I used earlier demonstrates that even with the right support mechanisms in place, young people still found a way to use and abuse the technology. The system in question is a great tool, it was the behaviours that made it look bad. It therefore follows that in spite of a wide range of safety measures and controls, young people will find ways to abuse apps. If they can’t, they will find another app that will fit their needs, even if it has no relation to what the app was created for.

People with far bigger brains than mine can no doubt come up with a host of ways in which we could tackle this issue. Certainly, the young people I work with can be very creative in thinking around the issue to find potential opportunities. We need to find ways that tackle the cause of the issue, rather than focussing our effort on stopping the symptoms. In simple terms, I would argue that we need to place greater emphasis on understanding the behaviours.

The situation we see played out on social media is a microcosm of a much greater societal issue. The lack of trust, respect, empathy and emotional intelligence is an issue that becomes all too obvious on social media but extends way beyond the boundaries of the online world. One could argue that these issues would be apparent even without social media, I guess we will never know. Social Media absolutely amplifies these issues. Social Media companies can absolutely help to address the issue, however, we all have a responsibility.

This is not a technical problem, it is a social problem, lets treat it as such.