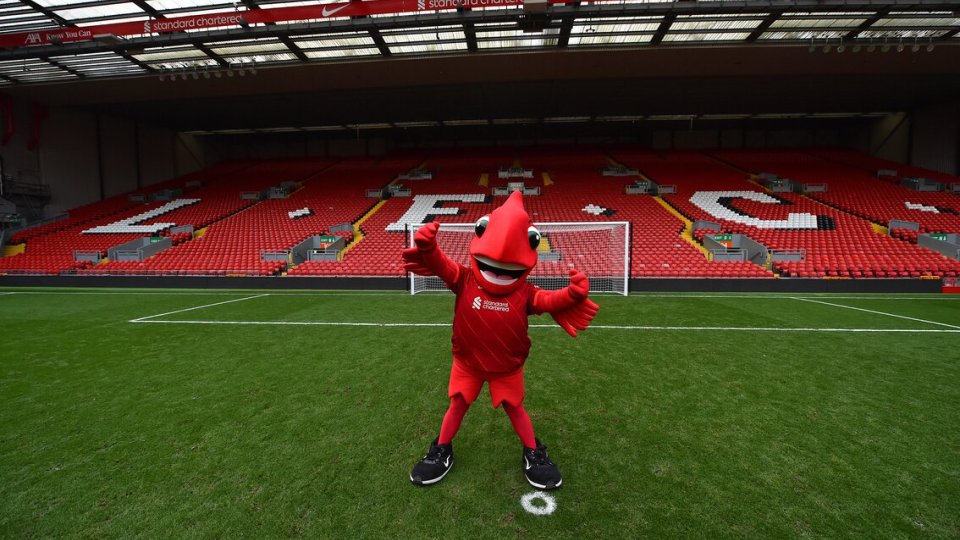 We were delighted to see so many schools join us for our annual online event with Liverpool Football Club this Safer Internet Day. Although we weren’t at Anfield stadium, this was our second year doing an online event and it was amazing to see the amount of support and response from those who joined us for the afternoon.

The event was broadcast to classrooms all over the UK. Find out what happened and if you missed your chance to see the team, you can watch the recording below!

Ken Corish (Online safety director at SWGfL) hosted the hour long stream with half an hour sessions dedicated for primary and secondary schools.

Joining him was Andrew Williams (Online safety consultant) who led some short sessions around our topic of gaming, as well as some key players from the Liverpool football team to share their top tips about this year’s theme. Find out what was discussed in each session here.

Ken opened up the stream by introducing himself and explaining more about what would be included. We watched one of our Safer Internet Day films where young people shared their top tips around respectful online gaming before meeting the Liverpool mascot Mighty Red, who showed everyone around the famous Anfield stadium. He showed us the pitch, the dugout and an exclusive look at the dressing room where some of the most famous player’s football shirts were hung.

After seeing Mighty Red, Ken introduced everyone to ProjectEVOLVE and showed what support it could give to students around the Safer Internet Day theme. Andrew then spoke about online gaming, in particular the popularity of loot boxes and the risks around purchasing online content. He talked about how purchasing is presented to young gamers and what they could do to help manage in-game spending better.

We then heared directly from the players around their top tips for Safer Internet Day. Players included those in the current teams and former players including, Trent Alexander-Arnold, Patrik Berger, Steve McManaman, Missy Bo Kearns, Megan Campbell and Rhiannon Roberts. Ken finished off the session by showing another Safer Internet Day film as well as our own gaming video before asking one last question for our Liverpool goodie bag.

Ken opened the secondary school session by showing one of the Safer Internet Day films aimed at teenagers. He then went straight into another ProjectEVOLVE session with Andrew talking this time about the impact of positivity when it comes to building online relationships and how it affects you and the people around you especially when gaming or discussing with friends.

We then went back to the players with some tips for secondary schools from Trent Alexander-Arnold, John Aldridge, Robbie Fowler, Rhiannon Roberts and Megan Campbell.  Mighty Red also took centre stage and showed us more of Anfield Stadium whilst showing off some famous goal celebrations from well-known players (could you guess who they were?) Ken then finished the session by showing off the latest SWGfL gaming video and directing to our new hub.

If you haven’t yet seen the Liverpool event, don’t panic, you can watch the whole thing on the UK Safer Internet Centre’s YouTube channel. A huge thank you to everyone who joined.