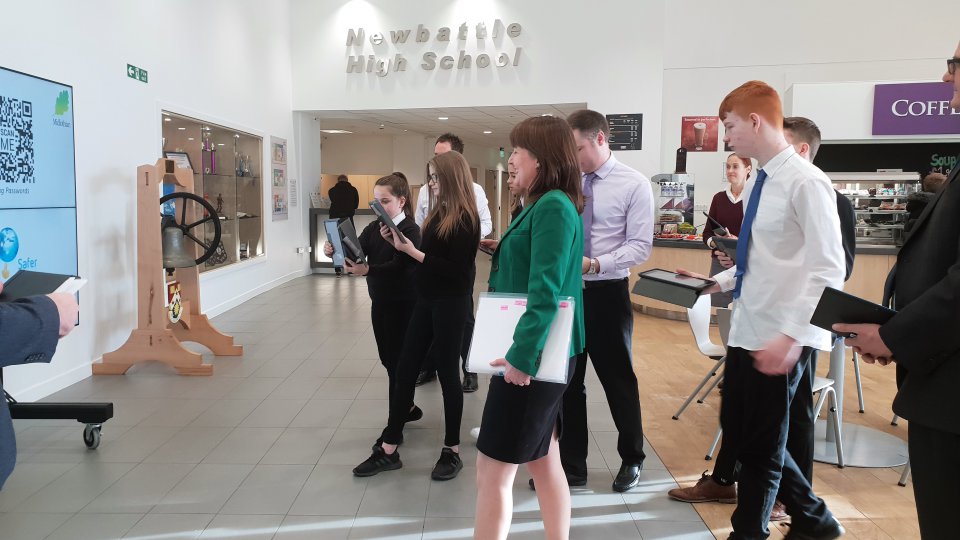 As part of the Safer Internet Day 2019 celebrations, pupils welcomed the Minister for Childcare and Early Years, Maree Todd, to Newbattle High School on 5th February. Recently opened as a Centre for Digital Excellence, pupils showcased to the Minister their work on online safety.

First stop was the digital signage in the school foyer, which included a series of QR codes. Pupils assisted the Minister to scan each code, using a tablet to watch the short online safety videos they had created. She subsequently addressed a group of pupils, with a lively discussion around the impact of technology on everyone’s lives, and the changes that have happened in a relatively short space of time. Visiting a digital literacy class, the Minister received a number of interesting pupil presentations, and participated in a fun digital online safety quiz. 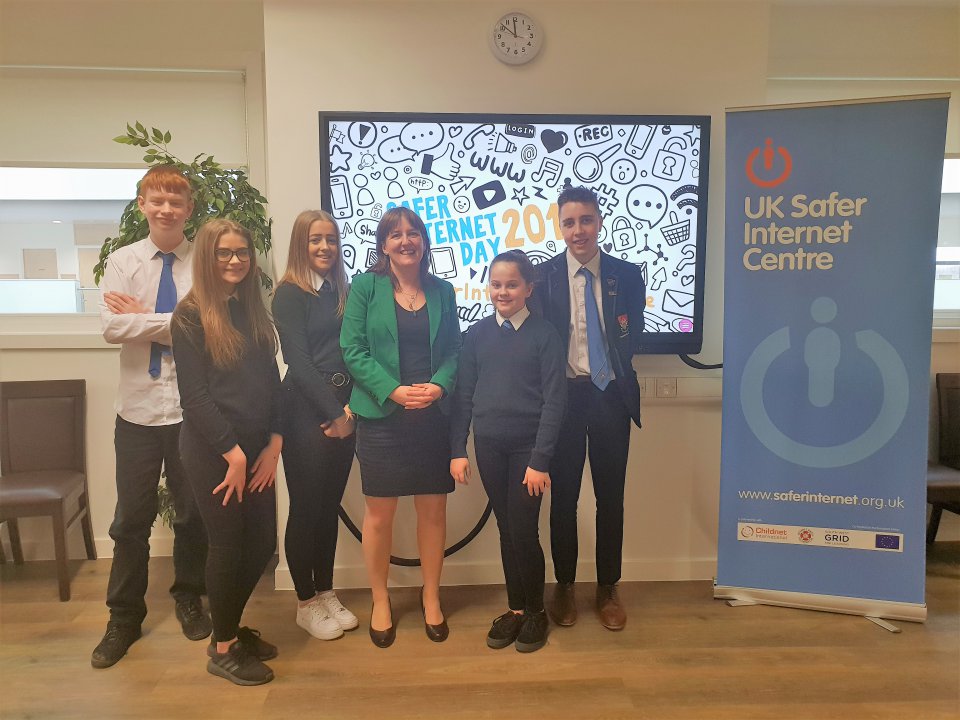 When Scotland’s National Action Plan on Internet Safety for Children and Young People was published in April 2017, it contained a government pledge to promote Safer Internet Day across the country. And Scotland has risen to the challenge: in just 2 years, the number of Safer Internet Day supporters has doubled.

This year’s theme looks at understanding how consent works in a digital world and reminds us of the importance of understanding healthy, respectful, consensual and safe relationships and that we all have a responsibility to respect each other’s privacy and consent