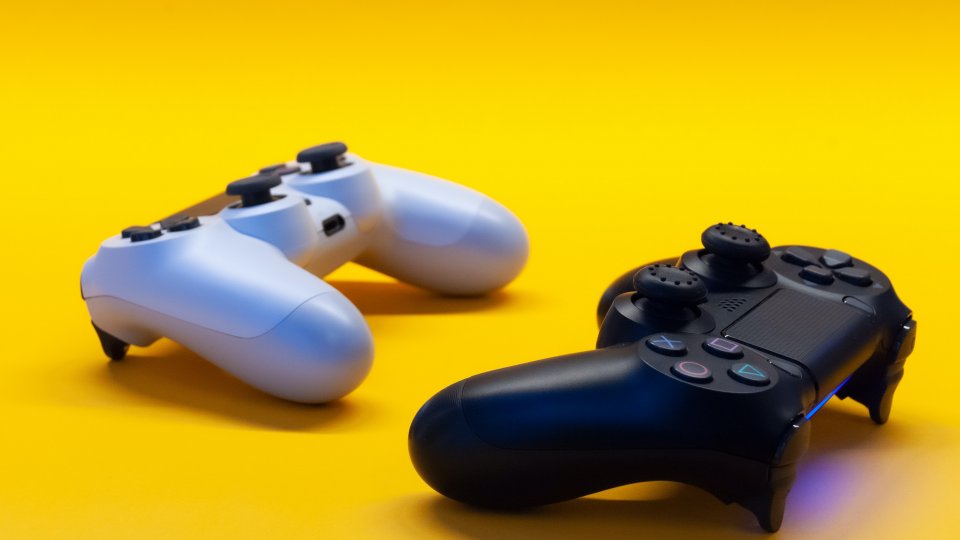 Since we’ve been at home, I’ve heard a lot about how many of us are spending our time indoors. For some, it’s a chance to develop a skill, learn a new activity, or catch up on the latest TV series. For many though (myself included) this is the time when we can game!

Gaming has played a significant part in my life since I was old enough to hold a controller. From 8-bit style retro arcade to the modern generation consoles, there was always something I could dive into. Nowadays though, a game can be so much more than just a series of levels. The platform has developed significantly, reaching new heights every year and achieving what many would consider, the unthinkable.

Now, in light of the recent Coronavirus outbreak, there has been a significant spike in video game sales.

As lockdown laws continue, it’s likely that more and more people will turn to gaming.

Fear not, this should not be considered a bad thing. Today’s gaming plays a major role in how we communicate and stay connected with others. Gaming can allow us to communicate with other players from around the world – quite amazing really.

"It creates this feeling of togetherness, true presence, that you're no longer distant from another person. It completely satisfies the need for belonging," (Don Forsyth University of Richmond)

Now, although young people are consistently connecting via a gaming platform, it raises the question as to whether this can sometimes appear distant or unsociable within the household. Whether you feel this way or not, you have to wonder whether you have attempted to see the appeal of gaming for yourself. Battle royal and multiplayer shooters are all the rage right now, but to truly understand the art and true connective power of gaming, you need to look a bit deeper!

Have you ever watched a film that made you laugh or maybe even cry? Would you believe me if I said gaming can do the same thing, sometimes, dare I say, even better? There are games out there that offer a special kind of journey, giving you an experience unlike any other. There are storylines that are worthy of Oscars, characters that are deep and rich in personality, mechanics that are so immersive, you feel as though you are right there, manipulating a world you could only ever dream about. More importantly, you can share all this with your family.

Independent developers are constantly putting out gold! What’s better, a lot of these games don’t cost a lot and only take several hours to complete. There’s no better feeling than watching the credits roll and thinking ‘Wow, we completed that’. Don’t get me wrong, there’s challenge out there and certain games may test your skills – but maybe that’s what we all need right now.

So if you’re new to gaming and don’t know where to begin, below is a list of games that are best described as ‘experiences’. Each is unique and offers something a bit different that you can play individually or with the family sat around. You won’t be disappointed!

The award-winning game that takes you through a world of snow, wind and sand. Breath-taking and gorgeous to look at, you can journey on your own or with a companion to reach your final goal. (Available on PS4, PS3, Microsoft Windows & IOS)

Imagine you’re a petal surfing the wind like waves on the sea. You play as a flower, restoring beautiful landscapes to their former glory whilst basking in a soundtrack that is outstanding from the word go. (Available on PS4, PS3 & PS Vita)

Brothers: A Tale of Two Sons

An emotional story of two brothers trying to save their dying father. Make your way through a fantasy world filled with hardships as you battle mountains, tough waters and learn to work together through a personal journey of discovery. (Available on Xbox One, Xbox 360, PS4, PS3, Nintendo Switch, Microsoft Windows & IOS)

Discover an incredible undersea world that’s full of wonder as you dive deeper to uncover ancient secrets and restore life to the ocean. (Available on Xbox One, PS4, Nintendo Switch & Microsoft Windows)

Memories come alive and time bends as you embark on an emotional journey through the life of two characters as they battle joy, sorrow and love. Manipulate time as you try and reach the top of the mountain. (Available on PS4, Xbox One & Microsoft Windows)

Shadow of the Colossus

Explore a vast ancient world where you take down sixteen giant Colossi in an attempt to bring your one true love back to life. The soundtrack will send shivers down your spine and the ending will stay with you for long after the credits roll (Available on PS4, PS3 and PS2)

Is there a greater love than between a child and their pet? Try to escape a dangerous world where your only companion is a giant mystical creature called Trico. He may not always behave but he’ll always be there when you need him (Available on PS4)

Manipulate time as you try to solve challenging puzzles and learn the mystery of why your one true love has been taken away. The art style is gorgeous to look at and the story will have you questioning and wanting to play all over again. (Available on PS3, Xbox 360 & Microsoft Windows)

Gaming has never been this funny. Make your way through a science facility as you solve challenging puzzles and try to escape the hilarious GLADOS super computer. (Available on PS3, Xbox 360, Android, Microsoft Windows & Mac)