Parenting in a digital age: My technological toddler 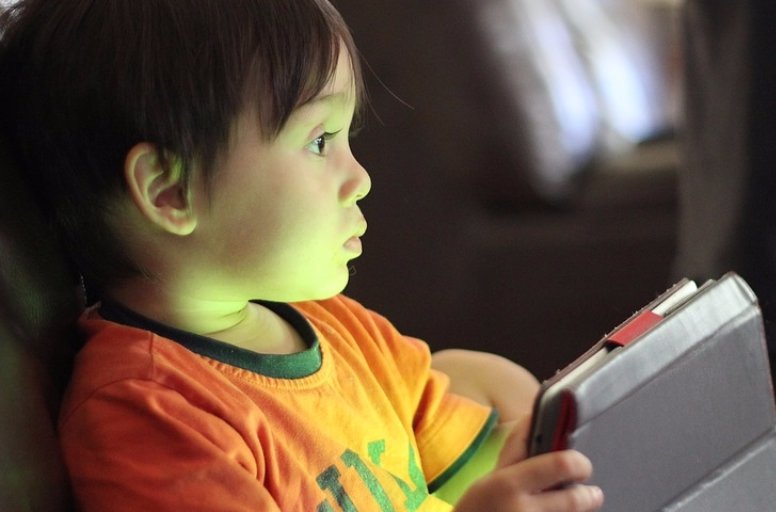 My three year old daughter and I are watching the box. She can turn on the television and insists on doing so herself. Control of, and, location of, the 'mocun' (remote control) is important in our living room.

She stands up close to the screen and runs back and forth to tell me each exciting event. It's an interactive and completely absorbing pastime; dancing to the music, copying the actions, sending the magic to Tree Fu Tom.

When I change the channel to put on something I want to watch, she doesn’t appreciate my choice, so asks if she can watch something on my phone.

No sooner do I unlock it, and she has scrolled across and selected You Tube - she calls it 'red' "I want to watch red" she says. At three she can already scroll through content and easily select what she wants to watch, there is no limit to what she might find. She chooses Peppa Pig and I look away, back to my screen, we are together watching separate things.

After a few minutes I look over and she is watching a video made up of clips of George Pig crying, just that. I take the phone and select an episode instead, a few minutes later she has chosen to watch a hand animated version using plastic Peppa Pig toys, I have no idea what they might be saying so switch away from this too. It’s a common problem with, some of the videos on YouTube may look like children’s cartoons, but their content may not be suitable for young people.

We switch to the Cbeebies app, which is far more suitable and free, but she wants to watch Frozen and my DisneyLife free trail has expired. I'm not prepared to pay £4.99 each month, so we go on to the child-friendly YouTube Kids to see what we can find.

This is life with my toddler.

Later on we begin taking selfies and making videos. “Let me see” she says, before she has even performed her piece to the camera. At this early stage my daughter is all too aware of her image on screen and how it looks.

She laughs at her own jokes and funny faces, it seems harmless and innocent but I wonder how long it will be before she starts to judge her image on screen in a way that might be harmful.

It’s impossible to isolate children from technology, nor would I want to. The way she engages with it just demonstrates to me how beneficial it can be to her education and development. But it also highlights the importance of my role as a parent.

At three years old, I can keep her close by. I can supervise her and choose something else if I feel what she’s watching is unsuitable. I know that the real challenges will arise as she gets older and starts pushing for more independence.

That’s when supervising what she accesses will be difficult and my goal will be to ensure we have an open and honest relationship, where she can talk to me about her interests and what she spends her time watching.

After all being a parent is a job for life, and although we may all sometimes feel like technology is moving too fast for us, it doesn’t change the fact that we have more life experience and young people will always need our advice and support.