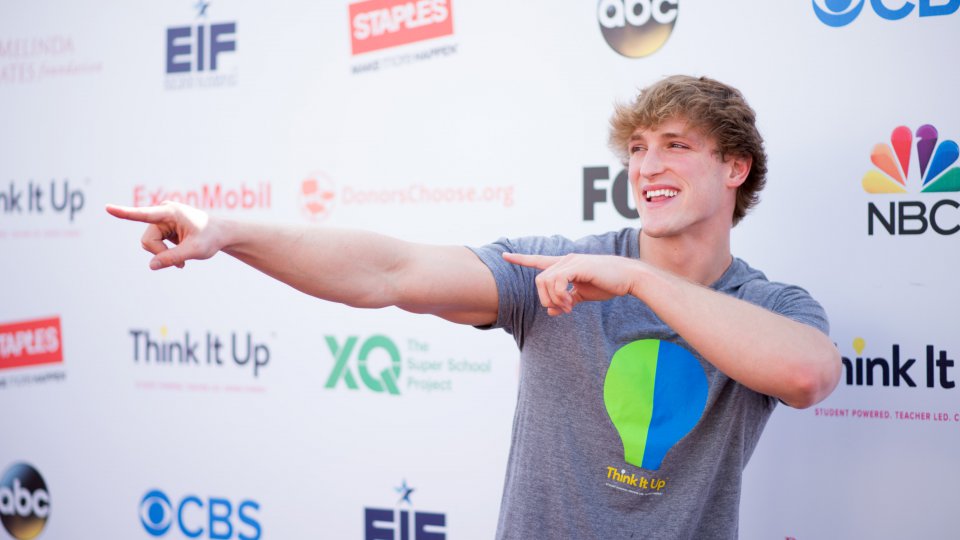 Yesterday (Thursday 11th Jan) YouTube announced that they are finally “cutting ties” with Logan Paul, after his distasteful video that received a lot of criticism online. In the video Logan Paul and his friends go into a "haunted" forest at the base of Mount Fuji in Japan, where they come across a dead body, which they filma and make jokes about.

The video was uploaded on the 31st December and remained on there for 24 hours, after which Logan Paul himself decided to remove the video, not YouTube.

It has taken 11 days since the video was removed for YouTube to respond.

This video was part of a series from a visit to Japan. So far this series has (roughly) made Logan Paul $90,000 (£66,000), he said he didn’t monetize on the video but I guess only him and YouTube know the truth of that.

But herein lies the problem that YouTube have created for themselves. Creators, or “influencers” such as Logan Paul, make themselves and YouTube a lot of money in advertising. Logan Paul is probably a huge stream of income for YouTube.

YouTube personalities are prevented from publicly disclosing what they earn through adverts, but ads placed on videos of channels with substantial followings can make up to $4,000 (£2,900) per million views. To put that into perspective, Logan has 15M subscribers and one of his videos from the Japan trip has over 6M views, that’s a potential income of $24,000 per video! YouTube takes a 50% cut and Paul has created 10s, if not hundreds of videos for the platform.

What this has really highlighted is YouTube’s double standards. Before Logan deleted the video himself, a lot of “reaction” videos were uploaded by other members of the community, these included stills and footage of the video- these reactions were removed as breach of policy while Logan Paul’s original remained.

The people that make the most income have the most power. They do appear to have carte blanche to do what they want because there is potentially a massive loss for YouTube if they take a strong stand. They could lose that income or worse, one of their biggest stars could move to a different platform taking their audience with them.

You could look at this incident very positively and commend YouTube for making a stance and sanctioning Logan, despite how this might affect them. I however believe this is a serious issue for YouTube and anyone that wants to make this platform a safer one.

Logan’s target audience is young people; all you have to do is take a brief look at his channel to see that. YouTube must also know this through analytics. But they kept that video up. Despite people reporting it, they took no action. How long would it have stayed there had he not taken it down?

On the helpline we received cases where children had viewed the video, and subsequently had night terrors. Not only really disturbing them but impacting on their ability to learn and pay attention the next day with little sleep. YouTube may well argue that this is a parenting issue but a lot of parents are probably very happy for their kids to watch his videos, because he is basically a children’s entertainer.

This particular video has also led people to look into his others:

Later in the trip he is filmed running around the city, performing kung-fu style moves, pretending to catch locals with Pokemon Poké Balls, all while dressed in a kimono robe and traditional rice farmer’s hat, and constantly promoting his merchandise.

In other clips he smashes a vendor’s Game Boy Colour on the ground before telling him it’s “mucho broken-o”, pulls his shorts down in public and runs up to people in the street, waving dead fish in their face.”

Vlogging is now career choice number one for a lot of children and young people, but what kind of messages are we sending out when these are the people they are looking up to? If you make enough money, you can do what you like?

Again, it feels as though YouTube are prioritising profit over user experience and most certainly over safeguarding younger users.

We work closely with YouTube and part of me does feel for them in this whole mess. They are trying to make the platform better, safer and more human, but they’re fighting an uphill battle. Even when you look at its workforce, the size of the teams in charge of safety and policy pale in comparison to those who are in charge of income/ revenue. That’s not just YouTube but across most online platforms.

Frankly, we can’t defend or make any excuses for YouTube and we wouldn’t try.

Like many others, we were upset by the video that was shared last week. ‏Suicide is not a joke, nor should it ever be a driving force for views … We expect more of the creators who build their community on YouTube, as we’re sure you do too.

The channel violated our community guidelines, we acted accordingly, and we are looking at further consequences. It’s taken us a long time to respond, but we’ve been listening to everything you’ve been saying.

We know that the actions of one creator can affect the entire community, so we’ll have more to share soon on steps we’re taking to ensure a video like this is never circulated again.

In light of recent events, we have decided to remove Logan Paul’s channels from Google Preferred. Additionally, we will not feature Logan in season 4 of ‘Foursome’ and his new Originals are on hold.

Since publishing the video Logan Paul has gained a further 400,000 subscribers to his channel. What does that say about us as a society?