An insight into the Childnet Film Competition 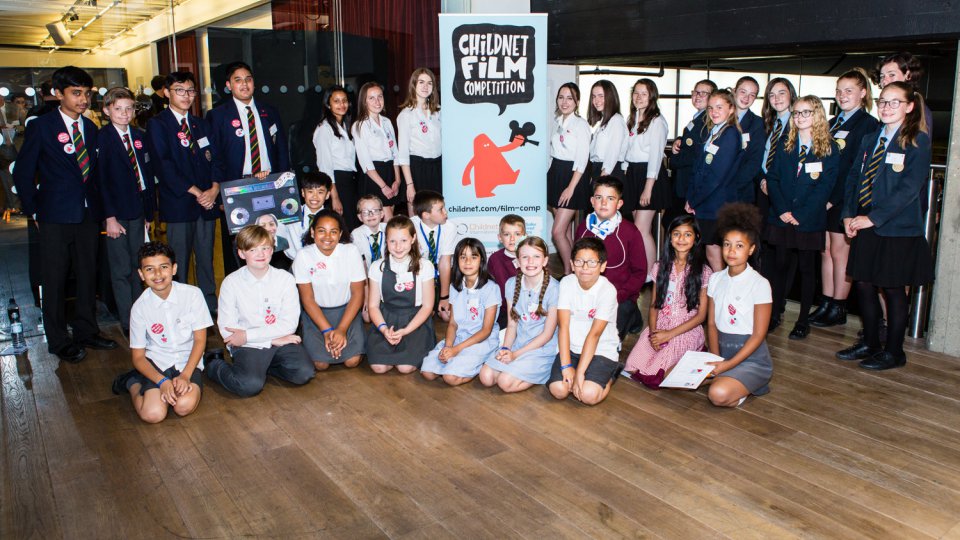 Earlier this month I attended the ninth Childnet Film Competition, which aims to encourage school children to create a film based on an online safety themes.

Each year the theme is different, and this year it was ‘Connect with Respect – a better internet starts with us!’

Primary and secondary children were given the same theme, but for primary kids the film had to be one minute long, and for secondary, two minutes. This is the first time I attended this event, and I was really impressed by the enthusiasm, videography, originality and flair. There were more than 220 entries by schools and youth organisations from all over the country, and on the day the three best entrants from both the primary and secondary categories were screened.

After each screening, the young people involved spoke about the making of their film, why they chose certain aspects and what kind of impact they would like their film to have. The discussions were very well thought out and intelligent as they really engaged with the content and the messages behind them.

We watched the primary school entries first, and first of these was a film reminiscent of the devil on one shoulder and an angel on the other. A child sees online that he hasn’t been invited to a party, and in the end decides to listen to the angel, rather than the devil, when choosing what kind of comment to write on the post.

The second film was titled ‘Footprints’ and is a very impressive piece, showing friends walking across the playground, and films within the footprints they leave either portraying interactions that are positive or negative. The videography is very striking and the film highlights the importance of how you should be proud of your digital footprint. The kids also talked afterwards about how digital footprints can last forever, so you must be careful about what you say.

The third film by primary school children was a very well-written rap, which would really appeal to young people and had very clever lyrics, showing that the kids really engaged with the issues, and they even performed some of it for us on stage!

We saw three secondary school entrants, the first was called ‘One Post,’ a very thought-provoking film on how one person can make all the difference, especially when they are standing up for someone that is being cyberbullied. The second is relatable to people who post things online or on a channel, and gives tips on how to stay safe online. The third is set out like a game, in which you can make choices about whether or not to interact positively with others online. It shows negative interactions initially, the consequences, and then how to fix those mistakes, and the game theme was really well thought out.

The winners were decided by a panel of four judges, who work for BBFC, the BBC, BFI Southbank (where the event took place) and BAFTA. The winners were the creators of ‘Footprints’ and ‘Game Over’. All schools received prizes relating to videography, so they can continue to develop their skills. The films will be circulated around schools, and used to promote online safety.

It was fantastic to get involved on the day and to get the chance to meet the young people and ask questions about their films. They were very proud of their work, and it was great to see the energy, thoughtfulness and enthusiasm from young people engaging with online safety.