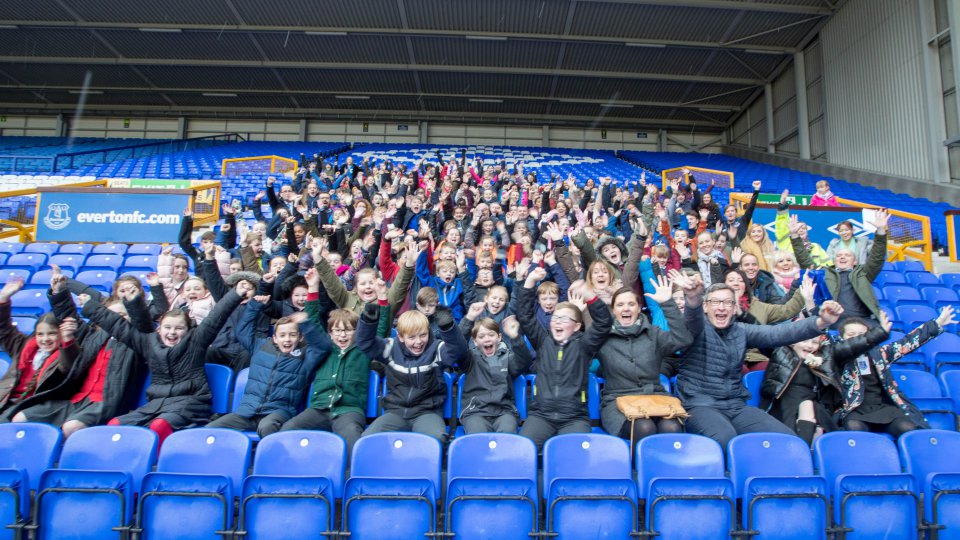 They delivered a range of exciting activities, from running youth events and workshops, to player involvement and social media support, and promoting Safer Internet Day at matchdays on the big screens, family zones and in their matchday programmes.

​Meanwhile, Championship clubs Brentford, Middlesbrough, Norwich City and Sheffield Wednesday promoted Safer Internet Day at their matches, including featuring SID in their matchday programmes, on the big screens and in their family zones. Birmingham City captain Harlee Dean participated in a year 7 ICT lesson at a local secondary school and Sheffield Wednesday under-23 players and club mascot greeted students from a local primary school.

A snapshot from Merseyside

At Anfield, Liverpool Football Club hosted 850 young people from 60 schools across the city as they sought to build upon the success of last year’s event.
After an introduction by club CEO Peter Moore and club chaplain Bill Bygroves, UK Safer Internet Centre representative, Alan Earl, led an assembly, while other colleagues ran carousel workshops on gaming and coding designed to get them thinking about their online relationships and behaviour. Club mascot Might Red was also on hand for young people to meet and have their photo taken alongside him.

In the afternoon, lots of children had the opportunity to meet club legend Robbie Fowler who spoke to them about his footballing career and answered their questions.

It was fantastic to see so many young people leaving Anfield enthused with memories of a great day and an understanding of how they can all play a role in making the internet a better place. 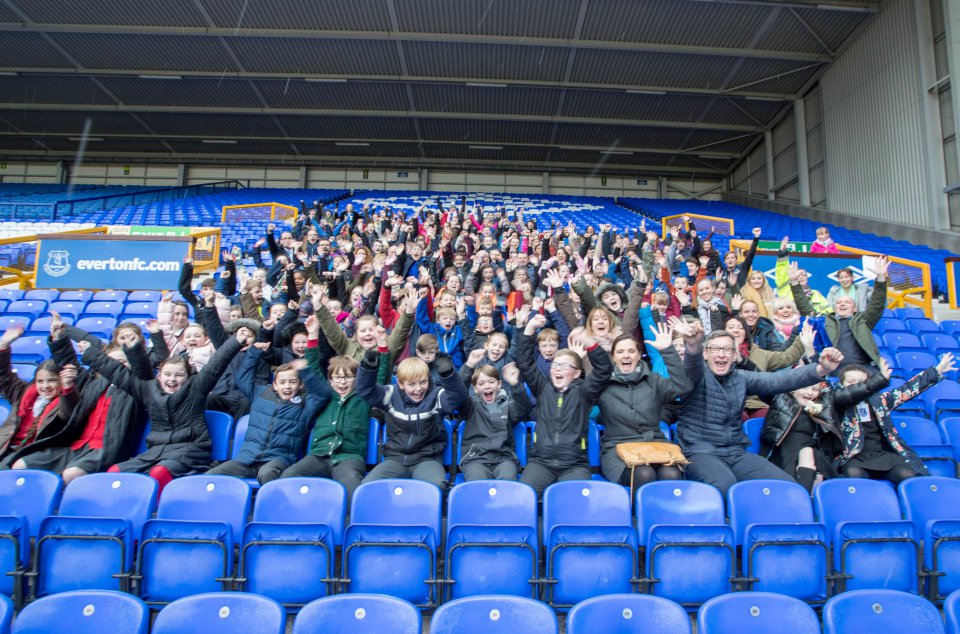 The club hosted 3 separate sessions, led by UKSIC Online Safety Consultant Andy Wood, this year starting with a well-attended session for parents of academy players at the club’s training ground in Halewood on the Sunday morning (the 4th Feb.) The topics reflected the themes of Safer Internet Day and online safety tips for parents to help their rising stars stay safe.

On the day Everton welcomed more than 170 students from 14 local schools to Goodison Park for an educational session using the Safer Internet Day education resources based on what makes a good online friend. The morning closed with a visit through the players’ tunnel and out onto the pitch for photographs in the stand with club ambassador Graham Stuart. Everton goodie bags on the way out also ensured that everyone left with a smile on their face.

This was followed in the afternoon by a Safer Internet Day assembly session for pupils with special educational needs at the academy in Halewood, which was finished off with a kick around with members of the Everton Ladies team and academy squads on the indoor training pitches.