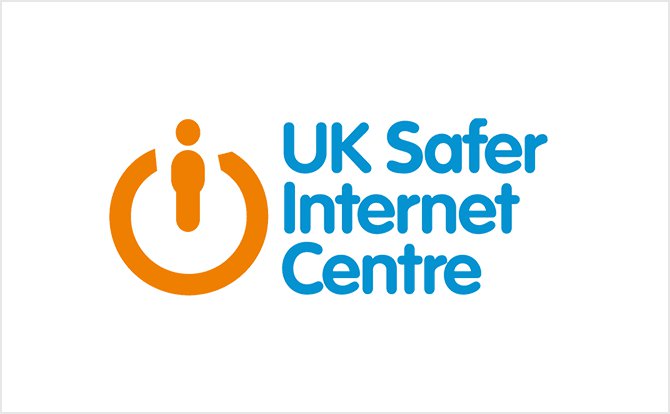 Approximately 600 UK citizens, including many teenagers, have travelled overseas to join conflicts, according to estimates. They include three teenage girls from Bethnal Green in East London who were thought to have travelled to Syria.

The BBC has reported that the families of the three 15 year-olds have appealed for them to return and said that there were no signs they were planning to go to Syria. It has prompted a significant national discussion over recent months about the role of social media in the radicalisation and grooming of young people. What are schools and school leaders expected to do?

Are these issues new? Of course not. Prevent, the government’s counterterrorism strategy, was drawn up back in 2003 with prevention as a key priority. It focuses effort and resources on ‘priority areas’ (and further supported areas), that is, areas of the country that the government has considered to be at great risk. In these areas, those working with children typically have a general understanding of the risks and threats associated with radicalisation.

However, what has changed are the tactics and prolific use of the Internet and social media by extremists. These technologies don’t recognise ‘priority areas’; they extend across the entire country.

The threats we are seeing take many forms. There are the high-profile incidents of young people travelling to countries such as Syria and Iraq to fight, but there are less obvious but wide-ranging risks. The Internet, and in particular social media, is being used as a channel, to not only promote and engage, but also, as Robert Hannigan, Director of the Government Communications Headquarters (GCHQ), the government security centre, has suggested, as a command structure. Shiraz Maher of the International Centre for the Study of Radicalisation and Political Violence (ICSR) has said in a report that the conflict in Syria ‘is the most socially mediated conflict in history’.

Often, this promotion glorifi es violence, influencing and inspiring many people, including children and, in extreme cases, radicalising them. Research for Ofcom into children’s online behaviour concludes that children can be trusting and that ‘they thought, and knew, far less about how to determine which online sites and content they could trust or the possibility of encountering inaccurate or misleading content’. The ICSR report has concluded that this ‘creates a new social environment in which otherwise unacceptable views and behaviour are normalised. Surrounded by other radicals, the internet becomes a virtual “echo chamber” in which the most extreme ideas and suggestions receive the most encouragement and support’.

Schools are perhaps more familiar with this ‘grooming’ process in a sexual context. They understand the risks posed to children by older young people and adults who form relationships with children to ultimately abuse them – the process and threat posed by extremists can be similar and exploits exactly the same vulnerabilities.

Social media is not just a tool of groups like Islamic State (ISIS) who operate internationally, of course. It can be employed as a propaganda platform by anyone, including organisations on the fringes of our own domestic political spectrum. Britain First, the far-right British nationalist political party, for example, recorded 690,251 likes on its official party Facebook page in March, compared with Liberal Democrats (106,138 likes), Labour (219,151 likes), UKIP (344,414 likes) and Conservatives (362,867 likes). The fact may or may not trouble us – and social media is an unreliable barometer of public opinion – but it demonstrates, at the very least, how social media can extend the reach of fringe groups in ways and on a scale impossible when conventional media ruled the day.

It has highlighted a need for an open and ongoing dialogue in our communities – among children, young people, parents, carers, schools and wider – to ensure that young people have the skills to be critical thinkers online and are resilient to online extremism, whether from groups like Islamic State or from others.

So what do schools need to do?

Towards the end of 2014, the UK Safer Internet Centre issued a briefing to all local safeguarding children boards to highlight this issue. Clearly, everyone has a responsibility to report a concern about a child but the Counter-Terrorism and Security Act 2015 obliges schools and other authorities to prevent people from being drawn into terrorism. The guidance lists five key areas:

Schools need to assess the risk, with local partners, of their children being drawn into terrorism, as well as their support for extremist ideas and terrorist ideology. They should have robust safeguarding policies to identify children at risk, appropriate intervention and the most appropriate referral option. The policy should also cover the suitability of visiting speakers.

Schools in England are required to ensure that their safeguarding arrangements take into account policies and procedures of their local safeguarding children board.

Schools should ensure that their staff are equipped to identify children at risk of being drawn into terrorism, as well as challenge extremist ideas. They should know how to refer children and young people for further help. The Home Office’s free training product about radicalisation awareness, Workshop to Raise Awareness of Prevent (WRAP), may be a suitable option. Email: WRAP@homeoffice.x.gsi.gov.uk

Schools are expected to ensure that children are safe from online terrorist and extremist material in school, typically via appropriate levels of filtering.

Ofsted inspectors will assess a school’s approach to keeping children safe from the dangers of radicalisation and extremism and what is done when the school suspects that pupils are vulnerable to these threats. If a school is considered to be failing in this regard or if their staff or children’s safety is threatened, maintained schools will be subject to intervention and academies or free schools may be subject to termination of funding. For independent schools in England or Wales, they must remedy any failing or be subject to regulatory action. Early years settings are also covered by this monitoring provision.

How to protect children from Online Extremism for Schools

The changes to the threats – the fact that they can be easily and quickly disseminated via the Internet and social media to anyone, heedless of regional boundaries – make it important that these risks and dangers are considered for every child, right across the country. This includes those places that have not traditionally seen themselves as being at risk. If you have a concern about a child in respect of extremism and the support options are not available locally, follow your existing child protection process to report concerns.

The Department for Education’s (DfE’s) Due Diligence and Counter Extremism Group has established a helpline for schools to raise concerns in relation to potential extremism on 0207 340 7264.

In terms of devising the right online environment, the South West Grid for Learning (SWGfL) created 360 degree safe, an online self-review tool for schools to assess, plan and improve their wider online safety provision. It is free and used by well over 7,000 schools. Go to 360 Safe to find out more.

Children and young people need to be critical of the things that they see online and report anything that concerns them. If they’re worried about a friend, they should speak to a trusted adult, like a parent or teacher, or contact a helpline like ChildLine.

Everyone has a responsibility to take action to report any concerning content online:

In response to the duty placed on schools and colleges to prevent people from being drawn into terrorism and following requests for support, ASCL Professional Development will be running a series of briefing sessions across the country in June and July. For more details or to book your place, see the ASCL website

We have produced the following three guidance papers to help members who may wish to evaluate their school policies, processes and practices in relation to student safety, safeguarding, the promotion of British values and the duty to provide a broad and balanced curriculum:

Our specialists are working on further guidance in this area and we will let you know when this becomes available. In addition to this, you may also find the following information useful: