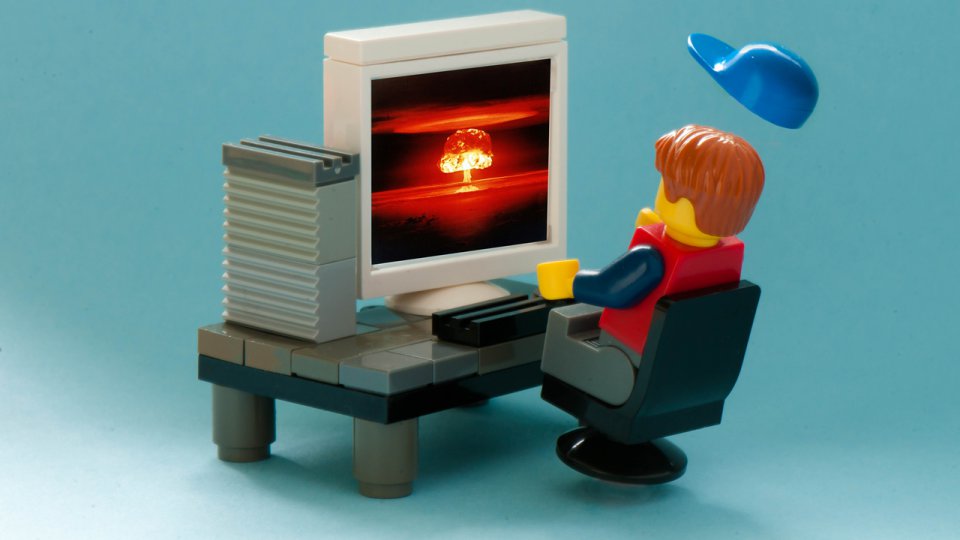 WE
By Will Earp, Digital Experience Manager
8-9 min read

With the increasing role of data in our lives, it has become increasingly important to plan for the possibility that it all might go wrong one day. And if you think about it, it’s not only an event that might happen, it probably will.

March 31st is World Backup Day, raising awareness of the importance of backing up your data. But for the other 364 days of the year, we would like to provide some useful information and offer our tips for keeping your data safe when the inevitable event occurs.

Let’s start by making sure we understand what ‘backup’ actually means, as there are various terms and approaches in use these days:

A backup is technically an archive copy of the data that is in use (in the sense that it is archived until you need to use it).

Copying data and moving it to another location. With services like Microsoft Office 365 and Google G Suite for Education, replication is taking place more and more.

Similar to replication, synchronisation is the process of copying files and folders in use to another location.

Not a copy of data, archiving is the process of storing data that is no longer in use, but is (or may be) still needed, in another location.

Whilst replication and synchronisation have certain advantages, it is important to see them as a complement to backup, rather than a replacement.
Backups are taken, and fixed, at a point in time. This means that the data included in the backup is held in that state until needed. When further backups are completed, more versions of the ‘fixed state data’ are created, providing a range of choices if restoration is required.

Replication and synchronisation are generally iterative processes, where changes to live data are subsequently incorporated into the copy data. The additional ‘version’ of the data is updated when changes take place (rather than multiple versions being created).

Whilst it is possible to establish multiple replication or synchronisation locations, and in doing so achieve multiple versions of the data, it can require a great deal of storage (and therefore expense).

What Backup is for

Why is it important to have multiple versions of the copied data? Because backups essentially have two functions:

There are two main approaches to backup: file-level, and image-level.

A file backup makes an archive copy of each of the files and folders that are specified. The software used to perform the backup can usually also allow the ‘applications’ and ‘system state’ to be backed up, which makes restoration in the event of a disaster possible.

An image backup is essentially a clone of the entire hard drive, and therefore contains all the data (including the applications and the system state) but in a completely different way.

There are a number of different backup types, including:

Full backups are required from time to time, and incremental or differential backups can be used effectively between full backups.
A common schedule would be:

There are many types of different backup media, including:

Each has advantages and disadvantages, which should be considered in the context of the tips below.

Whenever data is created or changed, a backup requirement exists. In order to ensure an appropriate backup process is in place, certain objectives need to be considered:

A good backup process should address these objectives.

Tip 1 - Prepare for the Worst

Having a regular and automated backup process in place is the key to being prepared for a data disaster. These days, backing up important data any less than daily is likely to be an unnecessary risk. And scheduling backups to take place automatically, and start at a prescribed time, is straightforward.

Create a step-by-step plan that sets out how the organisation would recover from a critical incident (e.g. a fatal hardware failure in a key server). Or if you already have one, review it. Who would need to be involved? Are all the necessary tools, services and information in place? How long do you think it will take?

The accepted best practice rule for backup is called the ‘3-2-1 backup’ rule. This means that, when backing data up, you should:

In this example, the ‘tape’ could be replaced by a different backup media.

If the risk of failure of each device is, say, 1%, then the likelihood of failure is:

2. Store backups on at least two different media. This, again, is to reduce the risk that a failure of a device impacts the recoverability of data. A failure of disks on one server could indicate an increased likelihood of disk failure in another server (e.g. they may be of similar specification and age, and subject to similar environmental influences and use patterns). By also using another media (e.g. tape, or cloud storage), the risk is reduced.

1. Store one of those backups offsite. Storing one of the backups in a physically separate location is important, as it’s the only reliable way of protecting against issues like fire, flood and other disasters. This can be achieved by physically taking tapes to another (secure) location after the backup, or using a cloud storage service.

Adopting the 3-2-1 backup approach should ensure the survival of at least one copy of your data in the event of a serious incident.

Tip 3 - Tailor your Backup to your Data

To have good RPO, as well as not waste computing power and storage making constant backups, you may consider the fact that not all data needs to be treated equally. Some data changes regularly, and is in use more than other data (sometimes called ‘cold data’) that is updated less regularly.

You would need a lot of computing power and storage to be able to store a full backup of everything every day, and whilst it may be possible (depending on how much data you have), if your data grows it may become less practical, and you’d need to rethink.

Prioritise your data to make daily backups of the changing data, and less frequent (e.g. weekly or monthly) backups of your cold data. Use of incremental or differential backups can help, whilst still enabling multiple recovery points.

You also need to check that you’re backing up certain things effectively. If you’re using Microsoft Office 365 or Google G Suite for Education, you probably won’t have a Microsoft Exchange Server on site, but if you do it needs special backup treatment. So too does Microsoft SQL Server or MySQL, which could be running away inside your Management Information System (MIS).

You may already have a good backup regime, but when was the last time you tested it to check it’s working as it should?

You can do some simple tests, such as creating a test file inside a folder that will be backed up, running the backup, then deleting the file from the ‘live data’ and attempting restore from backup.

You should also consider some more in-depth tests, involving larger and more complex data sets. However, it’s not usually advisable to put healthy live systems at risk in order to test it, so consider this as part of any future ICT works or use old hardware for testing purposes.

If you’re not yet using cloud storage for live data, it may be worth thinking about doing so. Not only can you ease the backup and restore process, but simplify other operations (such as providing remote access to files).

You may also be able to benefit from ‘replication’ as part of a backup strategy, and then add additional backup technologies and processes to achieve the purposes and objectives set out here.

If you’d like some more information or advice, get visit our Security area.